Happy holiday greetings to all our Friends, Fans, and Future Fanatics spanning the globe!

OUR NEW YOUTUBE CHANNEL ‘THE PSYCHIC TWINS’ HAS LAUNCHED, AND IS THE FASTEST-GROWING CHANNEL IN HISTORY!! SUBSCRIBE! Epic celebrity collabs, world predictions and more…

Thanks to all of you for making us the fastest-growing Youtube channel ever! We teamed up with Shane Dawson, Youtube celebrity extraordinaire, to bring you a weekly show that you won’t want to miss. Below, we list the 20 biggest predictions we made on international shows for 2015 that happened. WOW…what a wild ride this year has been.

Stay safe, and we’ll see you in the future…

Charlie Hebdo attacks in Paris:
12 dead, 11 wounded in office of satirical newspaper Charlie Hebdo by gunmen from Al Qaeda terror group in Yemen. Several related attacks followed in Ile-de-France where another 5 people were killed and 11 wounded. (1/7/15)

Snow-pocalypse of 2015, record-breaking blizzards
Boston broke the all-time snow record, topping 108 inches. “The Blizzard of 2015” slammed New England with significant coastal flooding. Massive winter storms blasted the South and Mid-Atlantic states, and dozens of people died. Niagara Falls and the Great Lakes froze solid. The “Arctic Blast” brought historic cold across the US, and some of the coldest weather in decades stretched from the Great Lakes to the Gulf of Mexico. Detroit and Chicago were hit with their biggest snowstorms in history.

Germanwings jet crash in the French Alps
Germanwings passenger jet flying out of Barcelona crashed in the French Alps en route to Germany. The plane slammed into the mountainside at 430 miles per hour, and 150 innocent passengers were tragically killed in an instant. Terry was having a nightmare about a plane crash when Linda woke her up early to tell her the news. The two of us watched in horror as the headlines flashed across every major network. It quickly registered that we had predicted this tragedy in stark detail on our World Predictions Show 2015-16 on Beyond the Gate Radio that aired live just two months earlier, on January 11, 2015.
As the unimaginable facts emerged, it was found that the co-pilot of the doomed Germanwings flight deliberately crashed the plane after locking his captain out of the cockpit, French officials said. (3/24/15)

Anthem: Biggest healthcare data breach in history
The largest healthcare data breach in history occurred at the beginning of 2015. Insurance giant Anthem was the victim of a data breach that resulted in the theft of approximately 78.8 million highly sensitive patient records. By the end of February, Anthem disclosed that the breach likely impacted an additional 8.8 to 18.8 million non-patient records that included names, birth dates, social security numbers, addresses and employment data.
The attack on Anthem was the beginning of a series of healthcare hacks this year, including assaults on Premera Blue Cross, CareFirst BlueCross BlueShield, UCLA Health Systems and Excellus BlueCross BlueShield.

Predicted both royal baby births on TV:
“We’re seeing a boy and a girl born within 3 years to Will and Kate…”
(Predicted on ‘Sunrise Australia’ TV in 2012)

Historic Stock Market dive – biggest point drop in history
The Dow Jones plummeted a record 1,089 points in one hour, rebounded and then quickly dropping again. China had a major stock crash that affected all global markets. The market drop is the largest point loss ever during a trading day, surpassing the Flash Crash of 2010, causing full-blown panic in markets globally.

“Hillary Clinton will announce a run for President in the spring, and she will be the overwhelming Democratic frontrunner…”
Hillary Clinton announced her run on April 13, 2015 and has dominated polls since.

Historic Supreme Court Ruling makes same-sex marriage a right nationwide
In a long-sought victory for the gay rights movement, the Supreme Court ruled by a 5 to 4 vote that the Constitution guarantees a right to same-sex marriage.
“No longer may this liberty be denied,” Justice Anthony M. Kennedy wrote for the majority in the historic decision.
(6/26/15)

Health and Medical breakthroughs – here are just a few of many predictions that happened in 2015! 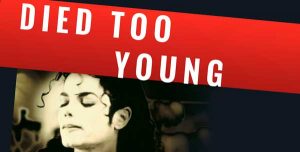 READERS ARE RAVING ABOUT DIED TOO YOUNG!

LOVE IT!! NOSTRADAMUS IN STILETTOS HAVE DONE IT AGAIN!
This book is absolutely brilliant on so many levels! The Psychic Twins have done it again… they are simply beyond amazing!
– Lola B. Braut

Spectacular Reading – 5 Stars!
Absolutely loved reading this book. Couldn’t put it down! Can’t wait for the next one to come out.
– Tina D.

Wow! My mind is blown reading Died Too Young!
The chapter on Natalie Wood is something I have suspected. It is BEYOND amazing!!!!!! Well done. #truth
– Suzanne S.

Not enough stars in the skies to rate this one….

Another extraordinary gift has been given us by Terry and Linda Jamison with this wonderful book! The Psychic Twins have provided insights and and answers to so many mysteries which have long haunted us. Their compassionate dialogue, especially with those stars who endured unspeakable emotional and physical abuse while being held prisoner in the spotlight of fame, was especially moving… giving voice to their suffering and meaning to their incomplete lives. This is an inspiration to all of us left to ponder the meaning of fame, and life after death. We have been blessed with two angels that can pierce the veil of illusion separating us from our loved ones passing before us… This book is a rare enchantment to be treasured, inspiring us with the beauty of the higher dimensions beyond life and the marvels in life after death.

THIS BOOK IS PURE MAGIC!!
– Kristyn B.

Amazing book! 5 Stars!
Terry & Linda did a phenomenal job channeling all of these beautiful souls. I was shedding tears as I read these amazing messages of wisdom. A beacon of light & truth!
– Elena F.

Amazing and life altering read… “Died Too Young” is helping me to look at my life with a new vigor.
– Jason H., Perth, Australia

CHECK OUT OUR RECENT FEATURE STORIES IN THE UK AND EUROPE – THE DAILY MIRROR, DAILY STAR, THE SUN, THE IRISH SUN AND SCOTTISH SUN… WE HIT THE TABLOID LOTTO!

Link to The Sun interview:

Link to The Daily Mirror interview:

THE PSYCHIC TWINS JOIN YOUTUBE STAR AND AUTHOR SHANE DAWSON, with co-host JESSIE BUTTAFUOCO! This was Shane’s most popular podcast ever, with over 2 million listeners! We broke the SoundCloud counter…SORRY, SOUNDCLOUD!

THE PSYCHIC TWINS FEATURED IN ‘FIRST TO KNOW’ MAGAZINE!

THE GIRLS WITH THE CRYSTAL BALLS ARE BACK…

LISTEN TO OUR ANNUAL WORLD PREDICTIONS SHOWS FOR 2015

This year we celebrated our 5th year making world predictions on David Baker’s show, and the 5th Anniversary of Beyond the Gate Radio!

Prefer to read them? Scribd: World Predictions for 2015-2016 by Terry and Linda Jamison, The Psychic Twins (Complete Transcript) Our Paris terror predictions are on pages 23-30.

To read all of our 1,500 documented world predictions from 1998 to 2015, visit our website dev.psychictwins.com and click on the “Predictions” link. 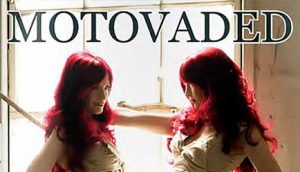 PSYCHIC INTELLIGENCE: Tune In and Discover the Power of Your Intuition 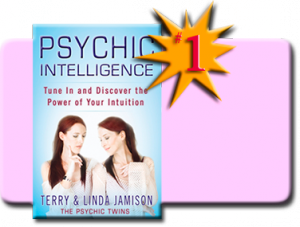 CLICK HERE to order Psychic Intelligence: Tune In and Discover the Power of Your Intuition, on AMAZON.com

You both shine so bright to hearts and souls that are searching for a spiritual light to follow. You are so gifted and spellbinding and your art and your writing, so powerful. I just feel in the years to come you will continue to inspire and enlighten people, by the hundreds and the thousands. You’ve already opened up and broadened so many hearts and minds.

Thank you for sharing your wisdom/knowledge with us in the way that you do and helping others not feel “weird” for believing in and having heightened intuition. You help us not feel alone, and you give us the tools to help ourselves. I never expected I could be this blown away! 🙂  I finally understand everyone before me and how they raved about Psychic Intelligence. I feel like a kid in a candy store or something when I talk about it! I’m just excited and thankful! Yay!
– Samantha W

READINGS WITH THE PSYCHIC TWINS
Due to an overwhelming demand for The Psychic Twins’ services, they have closed their waiting list for readings for the time being. Even though they cannot respond to the thousands of emails they receive on a daily basis, no offense is ever intended. All emails are greatly appreciated.