About The Psychic Twins

Terry and Linda Jamison, known internationally as The Psychic Twins, are the most documented psychics in history, with an unrivaled track record of over 3,000 accurate world predictions. They are most famous for their stunning predictions of the 9/11 World Trade Center terrorist attacks and the Pentagon attacks of 2001 (on the international radio show Art Bell’s Coast to Coast AM, November 2, 1999). They are also the only people who predicted the England and Paris terror attacks, Las Vegas mass shooting, Belgium attacks, Boston Marathon bombings, the Orlando Florida terror attacks, as well Barcelona, and the rise of ISIS.

With twenty-five years as professional psychic mediums, identical twins Terry and Linda Jamison have shocked audiences across the world with their eerily accurate predictions including JFK Jr.’s death in a small plane and countless other astonishing events. The Psychic Twins foretold the Lufthansa Germanwings Airline crash on 1/11/15 that happened two months later on Beyond the Gate Radio, in exact detail. They predicted monster hurricanes Sandy, Isaac and Irene, Harvey, Irma and Maria. They also predicted the Newtown and Houston school shootings, the Denver Colorado “Dark Knight” massacre, the record flooding of 2012 and 2017, the deadly tornadoes of 2011 and 2013, and massive earthquakes since 1999. In 2014, the twins predicted the Sony cyberattack by North Korea, the biggest cyberhack in history. They also accurately predicted the May 2000 stock market crash on Coast to Coast AM, Leonardo DiCaprio’s Oscar win in 2016, and all 2009 Oscar winners on The Tyra Banks Show.

The Psychic Twins are the authors of four bestselling books: YOU CAN’T FIX STUPID, DIED TOO YOUNG, world #1 bestseller PSYCHIC INTELLIGENCE (Hachette), and their autobiography SEPARATED AT EARTH: THE STORY OF THE PSYCHIC TWINS, which describes the sisters’ amazing life journey, and how they developed their highly unusual work.

Terry and Linda have hundreds of appearances to their credit on international TV and radio, including ABC NIGHTLINE BEYOND BELIEF, THE VIEW (ABC), GOOD MORNING AMERICA (ABC), OPRAH’S OWN NETWORK, TYRA SHOW, THE INSIDER (CBS), THE UNEXPLAINED, DR. KEITH ABLOW, SATURDAY NIGHT LIVE, TODAY SHOW, and SUNRISE AUSTRALIA. They have starred in sixteen documentary films, including YAHOO UNFILTERED “THE PSYCHIC TWINS,” (2018), PSYCHIC CHILDREN (A&E), EXTREME TWINS, THE WORLD’S MOST IDENTICAL TWINS, and HOLLYWOOD GHOST STORIES. Terry and Linda were featured in FUJI TV series “THE MYSTERY” which aired in 2016 all over Japan.

“The Psychic Twins are the most accurate psychics in the world. I was a big skeptic until I met The Psychic Twins! Celebrity news, financial crisis, natural disasters, terrorist attacks, 9/11…Terry and Linda Jamison predicted them all.”
– Tyra Banks, Emmy-winning host of The Tyra Banks Show and America’s Next Top Model 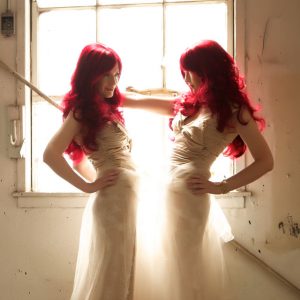 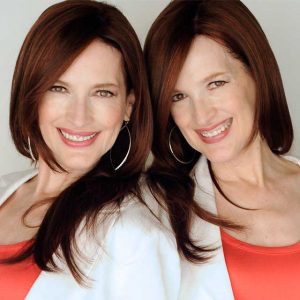 Articles, interviews and much more.

The Psychic Twins have been the subject of many magazine articles and interviews. Please click here to view a large collection of them. 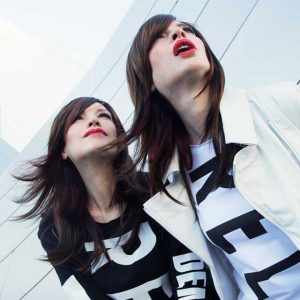 THE FASTEST-GROWING CHANNEL IN HISTORY!